Just a quick post to show that I have actually managed to do something during the last 4 weeks. (Despite of nasty summerflu and mid summer fest!) 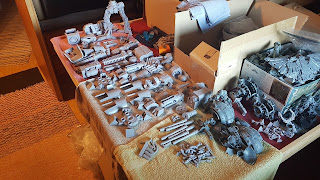 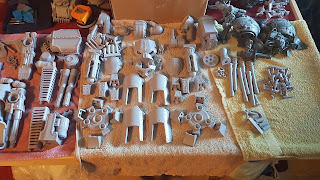 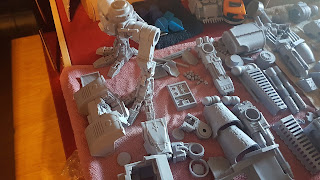 I had some minor problems assembling the legs of the Warhound but in the end it didnt matter. The torso on the otherhand was a real pain. The parts just didnt fit with each other. With a help of my friend we managed to get the parts to the point that I can start painting it! I hope I have something (painted) to show next week.
And I might even start building the Reaver Titan too.

Few pics of my progress in the last few weeks.

First on the list is a Mars Pattern Warhound Titan. 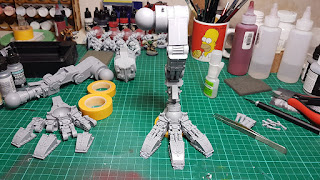 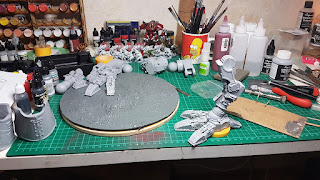 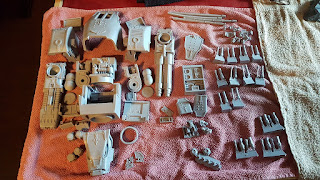 And few pics of my Orc Blood Bowl team 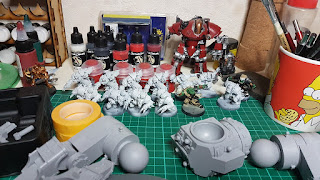 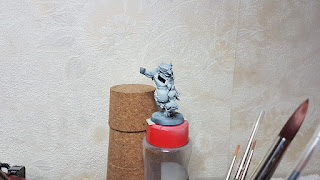 Im back. It has been a very long break but I decided to start running this blog again with the new edition of WH 40K coming in few weeks.

So I changed the look of it and renamed it. More changes are still coming.

Very excited about the 8th edition and all the Blood Bowl goodness that is coming in near future.

I am going to make atleast one post per week (maybe on thursdays) concentrating on the progress of my projects (at the moment they are Warhound, 4 Knights and Orc Blood Bowl team*)

It is time to start preparing for the coming season.
3rd Season of NuBBLe starts in August/September. League returns after being absent for a few years because of financial difficulties.
It is still unclear how many teams will participate in this years competition but there have been a lot of talk that atleast 8 teams will be taking part. 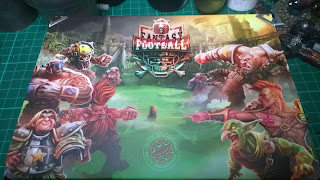 In the coming weeks/months we will be focusing on few of the teams that are going to be challenging for the title.
So, without further delay, lets take a look at the yet to be named Nurgle Team.
Coming season will be a first one for this rotting bunch of rookies. I hope they will bring a breath of "fresh" air into the league.

Lets meet the team.
Headcoach - "The Rotting One" 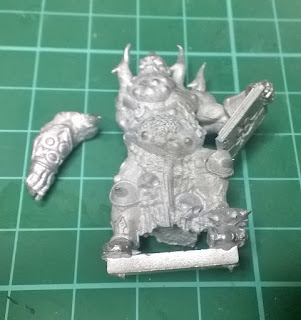 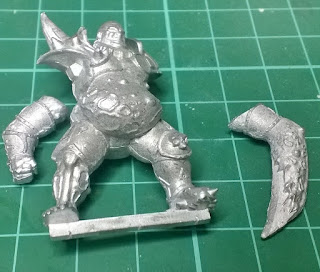 The Beast of Pestilence 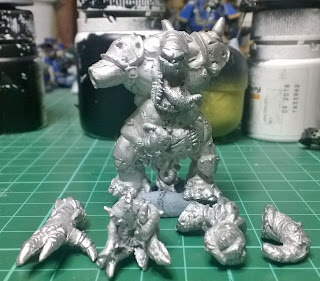 And the backroom staff 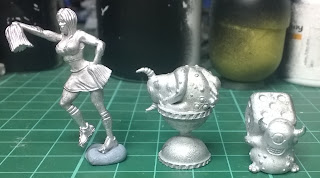 Well, that team looks like they mean business!
In next weeks episode Headcoach Rotting One will be revealing the name of the team and maybe even their new kit? Cant wait for it.

Miniatures from above are from Willy Miniatures. This team was funded by kickstarter in February 2016.
Also included in my pledge, on top of the models above, was a set of block dice, chainsaw guy and a chaos warrior. 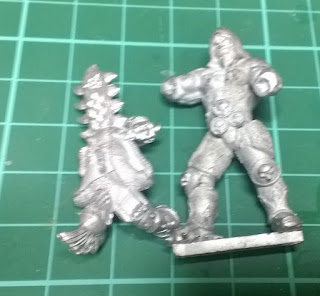 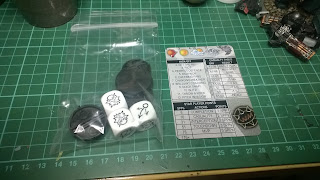 Im glad I decided to back this KS. Will start painting these during the weekend. But first I must clean and wash them.

Oh, one more thing.
Picture of The Pain Park (main arena for the NuBBLe) 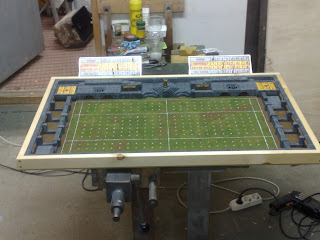 I will take new pictures of the models and arena during the weekend, these ones are quite bad.